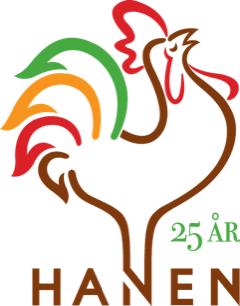 Stokkøya Sjøsenter is owned and run by Torild Langklopp and Roar Svenning. Roar grew up at the Troningen farm by Hosnasand, and this story starts way back when his parents decided to add to their income by running a camp site for tourists who needed no frills accommodation.

The sea around Stokkøya is brilliant for diving, and over time the site became a base for divers from outside the local area. The building we call Sjøsenteret – the Sea Centre – today was used for accommodation, communal area and eating. The Sea Centre was originally the main building of a farm called Botnan, and was also at one point used as a workshop for a welding firm.

At one of these diving meets Torild and Roar met, and that got the ball rolling. Together they decided to take the plunge and develop the site into an attractive leisure and activity resort. Our philosophy is based on the main elements of nature, architecture, food and activity and the way they work together.

Nature here is wild and beautiful and practically untouched, both on land and at sea, and we aim to keep it in as untouched a state as possible. Conservation and gentle use of the surroundings has been an essential part of the development process and a deciding factor for all the projects, as we wanted a strong interaction between nature and architecture and between landscapes and buildings.

In Middagshaugen, in the hill behind the beach, there were 26 plots allotted to holiday residences, and in 2003 we started building the cottages. Our choice of a modern design was not to everyone’s liking – some liken the cottages to portacabins, while they were used as an example of successful new European architecture at the Italian architectural exhibition ‘Architettura e memoria’ in Genoa. The holiday cottages are sold to private owners, but some of them are also rented out through us.

In 2005 building work started on The Beach Bar. Originally meant to be just a shack on the beach, a place for the holiday makers to meet, it has since started catering for a much wider range of guests. The Beach Bar is built quite literally on the foundations of an old cement factory which was started in 1947 and was in business for about 30 years.

The building consists of large glass panes facing the sea, and on a clear summer’s night you can just about see the light from Halten Fyr, the Halten light house, about 16 nautical miles out at sea to the North West. Much of the timber used comes from our own woods.

In the autumn of 2008, when the construction business was grinding to a halt because of the Recession, the first stone was laid on our latest project, the SUB or subterranean house. After intensive and hectic building activity throughout the winter, and before the last coat of paint was even dry, we started using the units in the beginning of May 2009.

The inspiration for the new units was the old earth cellars, but we have given them a far more exclusive feel with glass doors opening out toward the sea. The SUB units are situated just above the Beach Bar. One of the main reasons why we chose to dig the building into the sand was to soften the impact on the landscape around it. The building itself is made primarily from concrete and glass, but each unit has been decorated with soft furnishings and canvas and a varied range of interior design elements. The architects behind the cottages, the Beach Bar and the Sub units are Ogmund Sørli and Ragnhild Erdal of the Pir 2 Arkitektkontor.

With his knowledge of local produce, Roar started delivering seafood to good restaurants in Trondheim and Oslo, and later also as far afield as France and Japan. This experience, combined with a keen interest in food and a large network of skilful chefs and food lovers, has made the culinary side of things a strong focal point in the development of Stokkøya Sjøsenter.

Nature itself is the starting point for any and all your activities out here – whether you are enjoying a good meal while taking in the fantastic view, going for a walk in the surrounding area, taking a bath in our Dutch tubs or a dip in the sea or playing about with a dinghy, a kayak or a fishing boat. We intend for our guests to enjoy and take their time to fully appreciate nature from wherever they choose to be. And maybe the best way to do it is to do absolutely nothing …